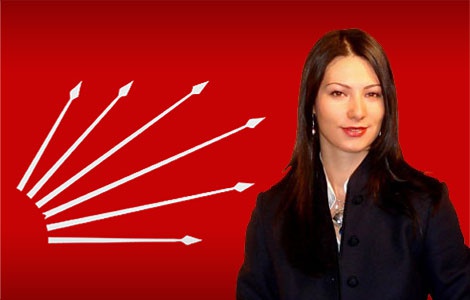 Gender equality in Turkey: Policy proposals by the CHP

This commentary was sent exclusively to EurActiv by Kader Sevinç, the EU representative of Turkey`s largest opposition party, the Republican People`s Party (Turkish: Cumhuriyet Halk Partisi or CHP), and a member of the Party of European Socialists` Presidency Committee.

"The Turkish people`s deep civilisational roots and aspirations to live in an advanced information society and democracy in the 21st Century justify the highest political focus on gender equality. This is why the Turkish government, parliament and all the political parties have an ever more important responsibility to improve Turkish society`s performance on gender equality to above the European average.

Turkey is an interesting case from this point of view. On the one hand, women`s rights have been recognised since the beginning of the Republic in 1923. By 1930, women had acquired the right to vote at the municipal elections. Since 1935, Turkish women have been elected to the national parliament. Turkey has had women as prime minister and as president of the Constitutional Court, and as ministers of the interior, economy, education and so on. However, the representativeness of Turkish politics in terms of gender is still far from impressive.

Turkish women have also emerged in professional life, reaching the highest levels of management of large companies. Among professionals such as engineers, lawyers and bankers the proportion of women is among the highest in Europe.

Turkey`s leading business organisation, TUSIAD, currently has its second female president in a row whereas another association, Kagider, has been successfully promoting women`s entrepreneurship. Ka-Der promotes women to elected offices. Mor Çatı provides shelter to victims of family violence, a problem against which `Hürriyet` newspaper is mobilising significant resources as well. The newspaper `Milliyet`,  for its part, is managing a broad campaign for young girls` schooling. ÇYDD helps young girls at university. Many other NGOs work successfully in the field of gender equality, sometimes supported by EU programmes.

On the other hand, serious problems persist in rural areas, which constitute around 25% of the active population, as well as in terms of women`s participation in the work force, including in urban Turkey.

According to the United Nations Development Programme (UNDP) report on the gender empowerment measure of the human development index, which was released in October 2010, Turkey is ranked 101st out of 109 countries. A World Economic Forum (WEF) report in 2010 indicates that Turkey ranks 129th out of 134 countries in terms of dividing its resources and opportunities among men and women. And according to the organisation Social Watch, Turkey has been in severe regression since 2004 in terms of gender equality.

The women`s employment rate is 22.8%, down from over 40% a few years ago. This is the lowest level among the OECD [Organisation of Economic Cooperation and Development] countries. On top of that, even this figure has been in steady decline for years. Overall, the ruling AKP government`s record on women`s rights and gender equality, despite some dispersed efforts, is strikingly negative.

But Turkey`s performance on gender equality can recover. In this respect, the CHP, as Turkey`s social democratic party, proposes the following:

We propose to create a National Women`s Rights Charter and National Women Rights Council to improve women`s rights and opportunities and to promote mechanisms to achieve gender equality in all aspects of social, economic and political life.

We will campaign for equal political representation of women and men in all decision-making bodies at local, national and international level.

We will ensure and promote women`s sexual and reproductive health rights throughout Turkey. Family planning needs to be taken more seriously in Turkey. The Turkish government`s `at least three children` policy may lead to shifts in women`s role in society. Moreover, politicians should not interfere with the private life choices of Turkish women.

There are only 26 women`s shelters in the whole of Turkey, for 81 provinces. We propose to encourage and support efforts and projects to stop domestic and gender-specific violence by allocating a share of municipal budgets.

The rate of early marriages is 35% in Turkey. CHP proposed a motion to the Turkish parliament and requested research into the reasons for early marriages and possible preventive measures.

Role models are important: Unfortunately, the spouses of many politicians holding high-level posts got married at a very early ages and left school. Or even if they have a university degree, they are out of professional life. The CHP government will attach importance to positive role models and public opinion campaigns.

We propose to create a National Women`s Data Centre in Ankara, Women`s Info Centres, and a National Women`s Rights Council. Gender equality issues should be solved within the framework of participatory approach. These establishments will pave the way for women`s direct participation in the policymaking process.

As emphasised by Ms. Gulsun Bilgehan, CHP vice-president in charge of women`s rights and organisations, a focal area for CHP is `gender mainstreaming`. We defend the integration of the gender equality dimension into every phase of the policymaking process: design, implementation, monitoring and evaluation. This involves a comprehensive impact analysis methodology that CHP is proposing to introduce into Turkish political culture. We have to assess how policies impact on the social and professional life of both women and men. This is also the way to make gender equality a concrete reality in Turkey`s EU accession process.

A very significant policy proposal was announced by CHP President Kemal Kılıçdaroğlu in February 2011: `the Family Insurance`. This scheme, based on a detailed social and financial analysis, foresees monthly financial aid to 12.7 million poor people in the country. According to data published by the Turkish Statistical Institute, the number of poor has considerably increased during the AKP`s term in government compared to previous years. By improving the welfare state and social cohesion in Turkey, the CHP`s proposal also projects direct benefits for gender equality in education, family life and the work place.

The CHP has also launched the `GenceArtı` (A Plus for Youth) project to create jobs for young people. The project is being conducted by a leading businesswoman and CHP Party Assembly member Aylin Nazlıaka. `Personal development` seminars are organised for job-seeking young people in 30 cities. The `GenceArtı` project supports our education system in raising the next generations [of Turks] with self-confidence and tangible results for Turkey`s gender equality objectives.

The CHP will continue to fight gender stereotypes and believes that strengthening women`s rights and opportunities will bring significant economic, social and democratic benefits for all citizens of Turkey and Europe.

In the CHP`s social democratic vision of Turkey`s future, the EU membership process plays a crucial role. Gender equality is in this respect a key issue which transcends all other fields of integration, such as democracy, economic growth, employment, education, information society, rural development and regional development.

In fact, gender equality is at the core of genuine interaction between Turkey`s EU process, its social and economic development, and its contribution to Europe`s global competitiveness."