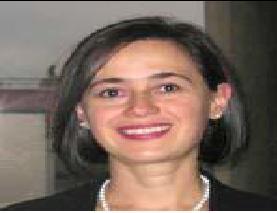 
Burçak Inel has been appointed as the Deputy Secretary General of the Federation of European Securities Exchanges FESE as of 1st February 2007.

Burçak has been with FESE since November 2005 and was the Head of Regulatory Affairs, a position which she will continue to hold. Prior to joining FESE, she worked as the Financial Markets Advisor for the European Banking Federation.

In her new role, Burçak will assist the Secretary General of FESE, Judith Hardt, in her executive duties, as well as continuing to lead the Federation's activities on the regulatory dossiers.

Jukka Ruuska, FESE President concluded:
"Burçak has already contributed tremendously to the work of the Federation and I look forward to working alongside her in her new role. I am confident that she will continue to maintain the high standard that already exists in her work in the regulatory affairs department whilst facing new challenges in her new role as the Deputy Secretary General." Information for the Editor: Burçak Inel, Deputy Secretary General, Federation of European Securities Exchanges

Burçak Inel was appointed as the Deputy Secretary General of the Federation of European Securities Exchanges (FESE) on 1st February 2007. In addition to assisting the Secretary General, Judith Hardt, in her executive duties, she is responsible for organising responses to all regulatory initiatives affecting FESE members and leads the Regulatory Affairs Department.

Burçak joined FESE as Head of Regulatory Affairs on 1 November 2005. From February 2001 to November 2005, Burçak was the Financial Markets Adviser of the European Banking Federation (EBF). As the Secretary to the EBF's Financial Markets
Committee, she coordinated the representation of the interests of 4,500 banks in securities markets and worked closely with securities markets experts from 27 member associations.

Her work in Brussels has covered the EU regulatory process for financial markets, primary and secondary markets legislation, market integrity and investor protection rules, and clearing and settlement of securities.

In 2003, Burçak received the "Lobbyist of the Year" award from Compliance Reporter for the campaign on the EU's Prospectus Directive which she coordinated among fourteen associations, including FESE, leading to a substantially improved legislation.

Prior to coming to Brussels, Burçak worked for the World Bank in Washington, DC, for four and a half years, specialising in financial and private sector development in European emerging markets. After completing her secondary school studies at the American Robert College of Istanbul, Burçak lived in the United States from 1989 to 2000. She holds a Bachelor of Arts degree in Political Science from Mount Holyoke College and a Master in Public Policy degree from the John F. Kennedy School of Government at Harvard University. She speaks English, French, German and Turkish.

The Federation of European Securities Exchanges (FESE) represents operators of the European regulated markets and other market segments, comprising the markets for securities, financial derivatives and energy and commodity derivatives. With 24 members, FESE represents close to 40 securities exchanges from all the countries of the EU, Iceland, Norway, and Switzerland.

Through its members' activities on a global scale, FESE enjoys links with the regulatory community and industry from around the world. In 2006, the value of equity trading of European Stock Exchanges was close to 17,000 billion EUR, this means a 31.2% increase compare to one year ago. The equity market capitalisation of FESE Member exchanges has reached a record level of 11,394 billion EUR, almost 19% increase in one year. ETFs trading value in 2006 was 61% higher than in the previous year, while Securitised Derivatives was higher by 63%. Bond turnover went up 7.2% during the year 2006, and ends the year close to 10,000 billion EUR. The number of derivative contracts traded has increased by 14.8% for equity derivatives and by 13.9% for bond derivatives during the last year.
For further information:
FESE Secretariat
Tracey Roberts
Communications and Events Adviser
Tel: +32 2 551 01 87
Email: roberts@fese.eu