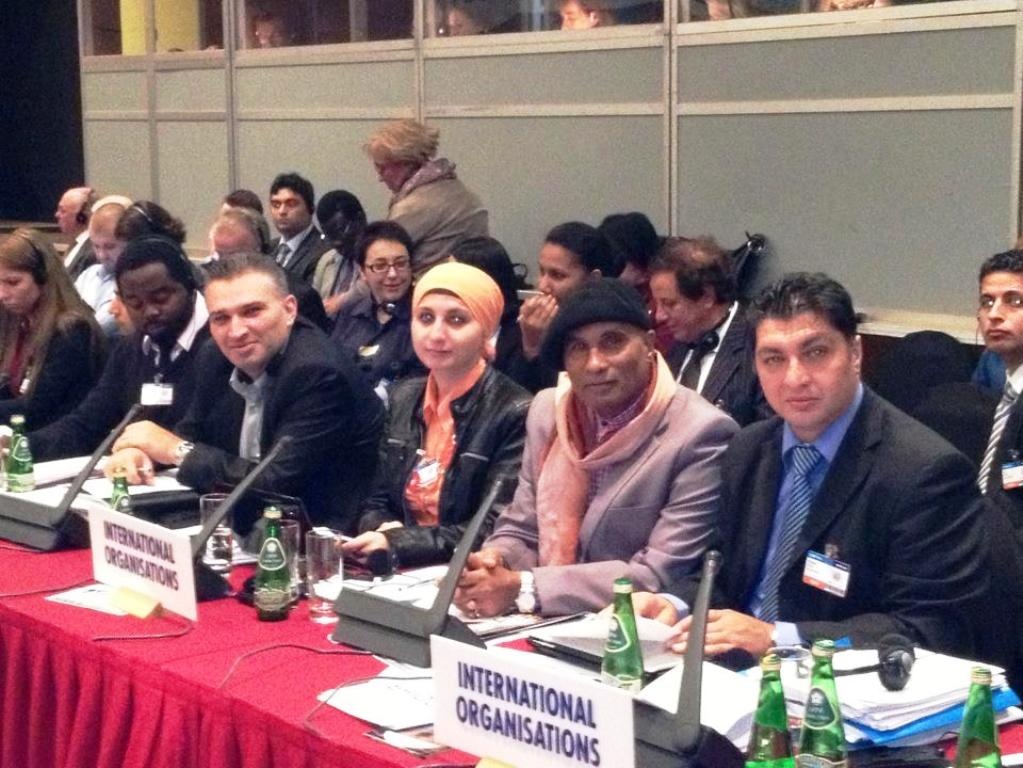 Review of the implementation of commitments on promotion of mutual respect and understanding:

•          Combating racism, xenophobia and discrimination against Christians and members of other religions;

•          Combating intolerance and discrimination against Muslims

My name is Celikoz Hakan, I am a Board member of the Turkish Union of Belgium, and President of Turkish educational and cultural center, and ex-Adviser of Minister for Integration and equal opportunities in Belgium.

Combating intolerance and discrimination against Muslims

Several International News Media, Xenophobic political organizations and various extremist organizations have constantly attacked the Muslim community. The intolerance against Muslims in contemporary society is very severe and every external religious appearance, f.e. The majority of Western society views headscarf or beard, with suspicion. These people are systematically discriminated during employment and by public agencies. Sometimes they are discriminated because of their foreign name. WE CAN GIVE EXAMPLES IN BELGIUM, NAMELY PIG HEADINGS THAT WERE FOUND IN MOSQUES, NAZI SYMBOLS ON THE WALLS OF MOSQUES OR CULTURAL ASSOCIATIONS.

Islamophobia is a form of intolerance and discrimination motivated with fear, mistrust and hatred of Islam and its adherents. It is often manifested in combination with racism, xenophobia, anti-immigrant sentiments and religious intolerance.

Institutional Islamophobia is state policies and systematic practices discriminating Muslims based on their religious identity. It poses a serious threat to the security of Muslims because such policies and practices can lead to spreading bias, and therefore be a fertile ground for hate crimes

We would like to ask the upcoming OSCE Chairmanship of Ukraine to organize a High Level Conference on the issue of anti Islam discourse and demonization of Muslim Communities.

we can also refer to the reports from Amnesty International about this islamafobia issues.

Develop and implement educational strategies and programme for combating Islamophobia;

Include in their integration policies programmes and activities addressing Islamophobia and its roots causes;

For education ve refer the guideline of ODIHR , we will also ask the Ministry of education to implement this possibly in the Basic program

The whole population wrongly uses the definition of Integration and mostly they use it to define Assimilation. Integration is an out of date concept because it’s a unilateral expectation. An Intercultural society is better suit for combining the best of all worlds to have a synthesis was every citizen could optimize their Culture and Environment.

Another example of discrimination is the Belgian far-right political party in the Flemish Region and Brussels, “Vlaams Belang”. Their slogans, posters and other media are very insulting for Muslims. The poster of De Winter`s daughter in bikini and with a veil is a great example of their Anti-Muslim Campaigns. “Vlaams Belang” maybe a little isolated and may seem marginalized, but they have parliamentary groups and therefore can propose laws. In addition, the representatives of the party sit in different committees, f.e. Evaluating the applications of citizenship. As a result, they have a say in matters concerning foreigners.we see the last time in the flyers of extreme parties that they do an attack to politicians of foreign descent, they talk about integration but of one side they offend people who have a mandate and well integrated, is just an irony what are the expectations then, we must integrate but should not be part of the society, this is what they want than the integration

This must encourage local and supra-local authorities to create a “School of Diversity”, where officials, teachers or even individuals can participate in diversity classes. The diversity of society is a very large Cultural and Economic richness. It’s very important to educate young children with this social reality. So do not live alongside each other, but live with each other.

What humans rights in according to children, for "men" is the simple design to say that children have the right to education, but that keeps everything not on, there starts the correct. Not every child has the same start. Economically, there can be a lot of cultural but also educational care. Couple children from various milieus to each other and let them learn from each other.

The whole population wrongly uses the definition of Integration and mostly they use it to define Assimilation. Integration is an out of date concept because it’s a unilateral expectation. An Intercultural society is better suit for combining the best of all worlds to have a synthesis was every citizen could optimize their Culture and Environment.

Prevention and responses to hate crimes in the OSCE area:

The local media in Belgium covered a great number of examples. Politicians directly criticized the youth from Muslim communities and blamed their Culture and Religion for being backwards, f.e. the comments of Flemish Secretary of Education Pascal Smet. These kinds of generalizations create a great deal of frustration amongst the youth.

Raising awareness and engaging in dialogue with the local associations and religious centers is the best solution for the prevention of these crimes. Politicians should stop targeting and stigmatizing citizens from the same ethno-cultural background as the perpetrators.