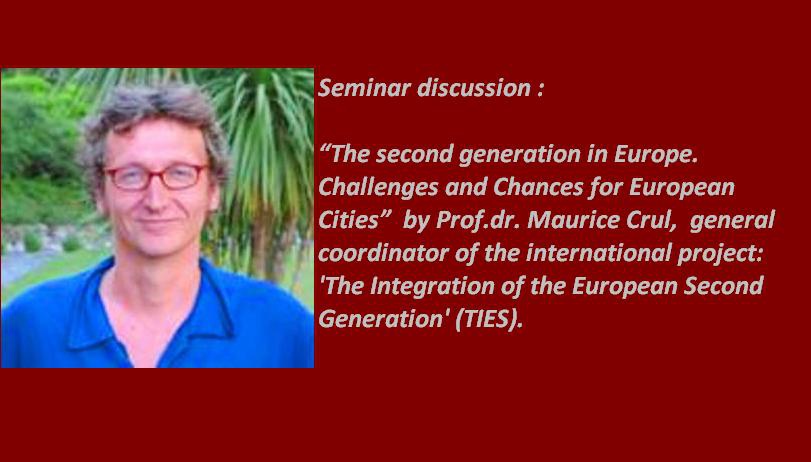 The second generation in Europe.

“The second generation in Europe.

Challenges and Chances for European Cities”

by Prof.dr. Maurice Crul,  general coordinator of the international project: `The Integration of the European Second Generation` (TIES).

European cities are becoming increasingly diverse. In many of the larger European cities children of immigrants under the age of fifteen have become a majority already. European cities, in similar ways as cities like New York or Sydney, are moving fast to a majority minority scenario: cities where the majority of the people will be of immigrant descent. Some European cities seem to do better job in this transition than others. There are cities that show a dramatic number of school drop-outs and unemployed among the second generation, while other cities seem to be able to tap into the hidden talents in these groups. Why is this the case? What is importance of the integration context?  What is the effect of the specific structure of the education system in these countries ?  Prof. Crul will answer these questions and explain the results of the TIES-project ( www.tiesproject.eu ) which questioned approximately 10.000 (second generation) respondents in 15 cities in 8 European countries.·

Please confirm your participation by replying to m.akgungor@fedactio.be  before  26th of May, Thursday. For more information please visit : www.fedactio.be .Prof.Dr. Maurice Crul studied Political Science at the University of Amsterdam and Ethnic Studies at the Vrije Universiteit in Amsterdam. Maurice Crul has published extensively on the educational careers of children of immigrants both nationally and internationally. He is the general coordinator of the international project: `The Integration of the European Second Generation` (TIES). This is a collaborative and comparative research project on the descendants of immigrants from Turkey, the former Yugoslavia and Morocco in eight EU member states. Next to this he is the principle investigator of Children of Immigrants in School (CIS) project which looks at second generation Dominicans in New York and second generation Moroccans in Amsterdam.  Prof. Crul was awarded a Russell Sage fellowship grant for the academic year 2009-2010. He worked as a Russell Sage Visiting Scholar in New York on publications on the second generation in Europe and the US.

Maurice Crul most recent research project, with the acronym ELITES, looks at successful youth of immigrant background. Successful second generation youth will be interviewed in-depth in four countries about their pathways to success.